Blog > The History of Fish Fry

The History of Fish Fry 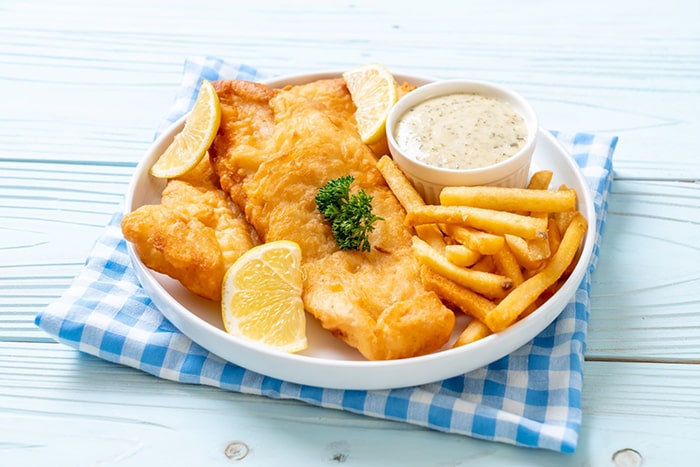 The midwest is American’s Heartland and is known for a lot of things including framing, small quaint towns, crystal clear lakes, the abundance of natural resources, dairy, the particular accent, and so much more. But the midwest is also known for something else, their love for the Friday fish fry, found at supper clubs, pubs, restaurants, and sports bars, fish fries have become a ritual and rite of passage for many midwesterners are you’d be hard-pressed to find an establishment that doesn’t offer the fare on their menu. If Southerners are known for their biscuits and gravy, a Friday night fish fry is a must if you are traveling through the midwest. But just how did this dish become so famous?

Roman Catholic Church
The abstinence of meat in the Roman Catholic Church can be attributed to the roots of the Friday night fish fry on menus. In specific, Catholics above the age of 14 are required to abstain from eating meat on all Fridays, unless a solemnity falls on a Friday (examples include Christmas, Epiphany, Assumption among others), or if the local bishops’ conference determines more specific forms of penance and days to abstain, as the United States Catholic Conference of Bishops allowed in 1966 in its paper Pastoral Statement on Penance and Abstinence.

German roots?
While the fish fry is considered a midwestern tradition, its roots can actually be traced to the Germanic culture of the midwest. In fact, the fish fry is said to have taken off in the 1920s and 1930s, when local bars were unable to sell beer during Prohibition. Fried fish dinners were a very profitable source of new income, as fish were both plentiful from the many lakes in the area, as well as relatively low cost to make a dinner out of fish.

Today’s Fish Fry
The Friday fish fry is a tradition that has not only evolved but expanded over time and across the country. The Friday fish fry remails a hallmark dish across the midwest and includes a larger variety such as bluegill, perch, walleye, haddock, cod, and even catfish and smelt. It is often served family-style or all you can eat with potato pancakes or french fries, rye bread, applesauce, coleslaw, and usually a cold glass of beer.

The Cottage proudly offers a delicious fish fry with fresh fried or boiled cod and chips starting at just $10.99 or treat yourself to our delicious lake perch! The Cottage is located in Crystal Lake, Illinois and is a gathering place for you and your friends. Stop and enjoy our thin-crust pizzas, hand pattied Juicy half-pound burgers, award-winning British Fish and Chips, or Original Cottage Pie. In addition to delicious food, we have several Irish beers on tap. Watch every sports game on our flat-screen TVs.